In 1882, twelve families of German background and of the Lutheran faith decided to establish a German Lutheran Church.
These families purchased four lots in the town of Bloomer on which they erected a small church building.  The church was dedicated on December 7, 1882.  Pastor John Recknagel was called to serve the church (1882-1888).  A parsonage was built later on adjoining property to house the Pastor.
In 1907 with the continued growth of the congregation the property was sold and the church was moved to the current location on Newman Street.  At that time it was completely remodeled and re-dedicated on the church’s  25th Anniversary (1882-1907).
In 1928 growth again was evident, and the congregation once again chose to move forward. In response to the growing needs of the parish and the community, the church was torn down and work was begun on the building of a new church.  The new building was built at a cost of $55,000.00, completely furnished including a pipe organ.  The new church was dedicated on December 23, 1928.
In 1952 an educational unit was added.  The addition provided space for  church offices, a church library and meeting rooms for church bible school classes.  The addition was dedicated on November 30, 1952. Over the years the church had continuous updates, new paint, windows/repairs, new lighting, new organ and carpeting, etc.
In 1975-1976 a complete remodeling job was done with the interior carpeted and painted, a new heating unit installed, and additional classrooms added in the lower level of the church.  An elevator eventually was added.  Throughout the years the congregation has shown their love and concern for their “Lord’s House” in their ongoing care over the years.
In 1976, the year of our nation’s Bicentennial, St. John’s Lutheran Church of Bloomer became a member of the national body of the American Lutheran Church.
In 1982 St. John’s Lutheran Church celebrated 100 years of keeping Christ centralized in our lives.  Our hopes and prayers are to reach beyond the walls of our church building to the surrounding community to keep Christ central in the years, decades and centuries to come. 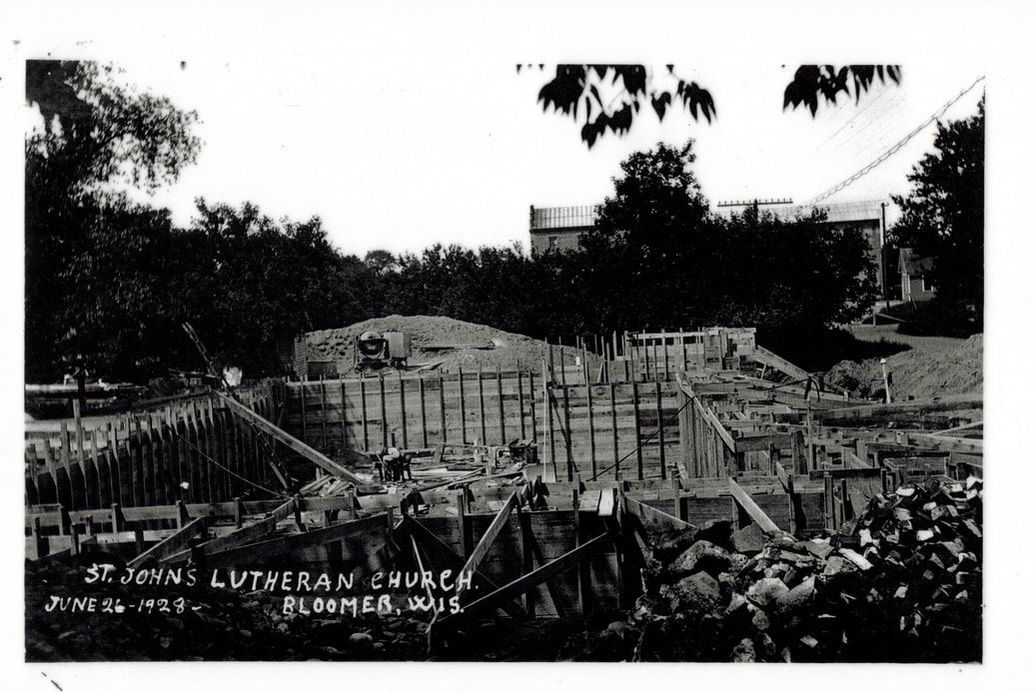